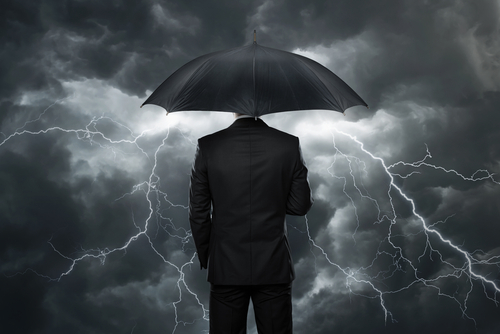 “There was never a night or a problem that could defeat sunrise or hope.”
~ Bernard Williams, English philosopher

As I sat down to lunch at a Mexican restaurant with two people on my team from work, my cell-phone rang. The caller ID showed a +49 number, which told me the call was from Germany.

Noon in Colorado, would be 8:00PM in Germany. Who could it be?

I answered the phone.

“Hello is that Dush?” asked the voice at the other end of the line in German-accented English.

“Hello Dush, this is Peter” said the voice “calling from SAP, in Walldorf Germany”

The deal was for SAP to license our software, and include it with every sale they made to large companies that bought their purchasing system.

SAP’s customer list reads like the honor roll of manufacturing – with companies like Airbus, Coca Cola, Porsche, Mercedes Benz and so many more. So our software was going in all these big companies, distributed by SAP.

Having a large partner like that, that drives such a large portion of your revenues can be both a good thing and a bad thing.

As the saying goes “When you dance with an elephant, you stop dancing when the elephant gets tired. Not before”.

So what did the senior Board Director of a $28 Billion company want with me? Why was he calling so late in the evening, his time? Did he want to cancel our deal? The deal gave our fledgling software company the revenue we needed, to keep moving forward.

Without the revenue from SAP we would probably have to lay off people and cut back on all of our projects. That was a something I couldn’t even bear to think about.

My heart beat like a jackhammer in my chest and a cold sweat broke out on my brow. I struggled to hold the phone in my clammy sweaty hands.

“Hi Peter! How are you?” I said, trying to sound casual. But my voice cracked it came out like a croak.

“Fine Dush! I’m sorry to call you unexpectedly like this but I have an interesting offer to make to you. Do you have a minute?”

Did I have a minute? For the senior board director from SAP? I had the whole day if that’s what it took!

“Of course Peter! What can I do for you?”

“Dush, SAP would like to make an offer to purchase your company.”

For a minute I was numb. I didn’t know what to say. Words failed me. I think I just mumbled something incoherent.

“Dush, SAP would like to make an offer to buy your company, and we would be willing to go as high as $3.0 Billion. Would you please take this offer to your board of directors and let us know your answer?”

I think I finally managed to find my tongue, and engage it in gear.

“Peter, thanks for that offer. Let me take it to the Board and I’ll come back to you with an answer shortly” I managed to blurt out

With that I stood up, told my teammates that I needed to head back to the office, and ran out to my car.

My mind was in a whirl as I drove to the office a short distance away.

We called an emergency meeting with all the C level executives and the board on a conference call to discuss this development.

After nearly 2 hours of debate covering all angles of this offer, the board and the executives decided that our best approach would be to take the company public. We had already filed our registration and the public offering was scheduled for the next October – October 2001.

Even though I thought that an offer as rich as the one SAP was giving us was too good to pass up, I went along with the plan for the initial public offering.

I called Peter at SAP later that evening told him that we had decided that our plan was to go public and that we regretfully had to turn down his offer.

Peter was disappointed but understood our plan.

“That’s too bad. Well… good luck and I hope your public offering is a success” were his last words before he hung up.

A few weeks later I learned that SAP had bought another company, a competitor of ours, and the deal we had with SAP started to fade in importance to them.

In the months that followed, we moved forward aggressively to grow our company, aiming for a really successful public offering of our shares in October.

On September 11th, on a beautiful sunny autumn morning 19 men hijacked airliners and flew them into the World Trade Center towers, the Pentagon and a field in Pennsylvania.

My first thought upon hearing the news of the cancelled public offering, was that there were so many people who lost far more in that act of terror, than just money.

As a large shareholder in the company, the sale to SAP would have meant a LOT of money to me personally (high 8-figures). You see, several years earlier, I sold a company I had started in Canada to the current company I was working for.

But I can honestly say that I don’t view that deal as a loss (unlike many of my former co-workers who still look back with regret and anger – 17 years later).

That incident shaped my life in ways that are too numerous to count. If it wasn’t for that set of events, I would not have the business I have today, which I love, and I would not be married to the woman who is the bedrock of my life.

Nothing is ever all bad or all good. Everything depends on the meaning you attach to each event in your life. You have the power over events to make them either bad or good.

I have found great solace in looking for the good in seemingly bad things that happen from time to time.

Have you had an experience where you have had to dig deep within yourself to find good in bad things that happen?

Hit ‘Reply’ to this email and share your experience. I’d love to hear from you.