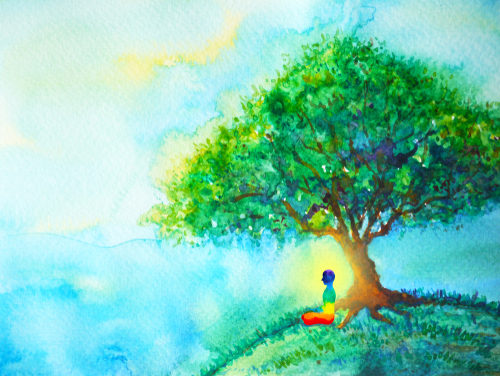 First, I want to send a heartfelt thank you to everyone who reached out to me after last week’s Wednesday Wisdom.

Your kind words and support meant the world to me!  🙂

I hope I was able to share something meaningful with you, too.

If you’re just catching up, last week I started a four-part series on how I’m beating debilitating anxiety and panic.

You see, something touched off inside me after the suicides of Anthony Bourdain and Kate Spade.

I never planned to write about my own struggle…

…but after reading their stories and doing a bit of research, I was both sick and amazed to discover that entrepreneurs suffer from mental health issues at substantially higher rates than the general population.

One study I read said that 72% of entrepreneurs suffer from a significant mental health issue.

That seems high, but it wouldn’t surprise me if it’s true.

Other studies put the number around 30%.

What struck me, though, was that whether it’s one-third of us or three-quarters of us that are battling these issues, the number is WAY too high. (the general population is around 18%)

…I felt compelled to do anything I could to help.

My hope is that, if you’re struggling the way I was, these letters give you hope, give you a sense that you’re not alone, and give you ideas for how you can heal.

In my last letter I talked about how I healed (and am still healing) my psychological body mainly using EMDR therapy.

That was the first prong of my attack.

The second prong of my attack was healing my energetic body.

Basically, I just mean trying to get my energy back…

…and bringing in as much positive energy as possible while limiting anything that brought me down.

With Dush’s support, I let myself sleep whenever I could, as much as I could.

As I mentioned in my last post, sleep was hard to come by…especially without medication…

….so if I felt like I could sleep, even it was the middle of the day, I would lay down and give myself permission to rest.

The big problem with not sleeping is it makes everything worse.  That’s pretty normal for everyone.

You don’t sleep well for a couple nights and all of sudden your work looks terrible, everyone around you is an idiot, and the world is against you.

The good news is that for people without mental health stuff, one good night’s sleep and miraculously, everything that was terrible the day before is now coming up roses.

When you’re dealing with anxiety, panic, or depression, though, you’re already in a hole.

…you’d be happy if you could just crawl out far enough to see a sliver of daylight.

The last thing you need is to fall a couple more feet into darkness, and that’s exactly what happens when you don’t sleep.

The anxiety, panic, or whatever, gets worse, which means it’s harder to sleep, which means the issue you’re dealing with gets even worse…

…and the vicious cycle goes on.

There are tons of studies that link lack of sleep with mental health issues, so if you’re already dealing with something, be kind to yourself and let yourself sleep whenever you possibly can.

I know it’s hard with everything on your plate, but your body is craving the rest.

You’ve got a whole bunch of systems that are working overtime to bring you back into balance, and one of the best ways you can support them is by getting some solid zzzzs.

I love Facebook for keeping in touch with family and friends that I don’t get to see as often as I’d like.  I like seeing their vacation pictures, pictures of their kids, and just keeping up on a slice of their life.

There’s also a lot of bad juju on the book of faces, especially in our over-heated political climate.

Plus, we often end up becoming “friends” with people we don’t really know or whose energy just doesn’t fit our vibe for whatever reason.

I gave myself permission to unfollow or unfriend all those people, and it’s been glorious!

Now when I login to Facebook, all I see are posts from people I actually enjoy and whose energy I like.

…I would try to make myself justify why I was doing so, especially if their posts weren’t offensive.

I felt like I was labeling them a “bad person” and therefore needed a good reason to get them out of my feed.

This time around, though, I let my gut do the talking.  If I wasn’t jiving with someone for any reason or for no reason at all, they were out.

I realized it’s not about labeling anyone good or bad, and that released any guilt I felt.

It’s just about telling the universe what kind of energy feels good to me, and what I want more of in my life.

When I moved to Colorado in 2008, I didn’t know anyone and I only spent 2 years working in an office.

That makes it pretty hard to meet people.

Most of the friends I do have live in other states and I only get to see them a few times a year at best. (If you’re an online entrepreneur, you can probably relate.)

And even though I’m blessed to have an amazing marriage, your spouse can never be everything you need.

I was lonely…and loneliness is a big contributing factor to mental health issues.

With that realization, I made a decision to start growing my local network of friends.

I joined a meet-up group for women entrepreneurs and have met some fabulous people.

The leader of the group is genuine, open, inspiring, driven, and kind…

…and she’s attracted a whole group of women who share those qualities.

In addition to attending those meetings, I’ve also attended events hosted by some of the other women in the group.

One was a sisterhood circle that was especially uplifting and joyful.

Connecting with these women a few times a month has made a big difference in my happiness.

I feel like I’ve found a group that gets me and supports me, which feels good…

…and it gives me the opportunity to support them and be helpful, which feels even better.

Disconnection and isolation are two of the main driving factors behind mental health issues, so, if you’re dealing with this stuff, one of the best things you can do to heal is connect with other people who have good energy.

https://www.meetup.com is great place to find people you vibe with in your local area who share similar interests.

There are several other things I did to heal energetically, but to keep this relatively short, I’ll just list the rest here:

Mental health issues are exhausting and they eat an enormous amount of energy.

They also keep you vibrating at a pretty low level.

When you’re trying to heal, do everything possible to plug unnecessary energy leaks from your body (e.g. social media)…

….bring in all the positive energy you can through other people, nature, and things that make you laugh…

…cut out anyone and everything that brings you down.  If it’s family or people you don’t want to “cut out”, then set boundaries to protect yourself…

…and give yourself permission to rest- your body wants to repair itself; it just needs more help than usual.